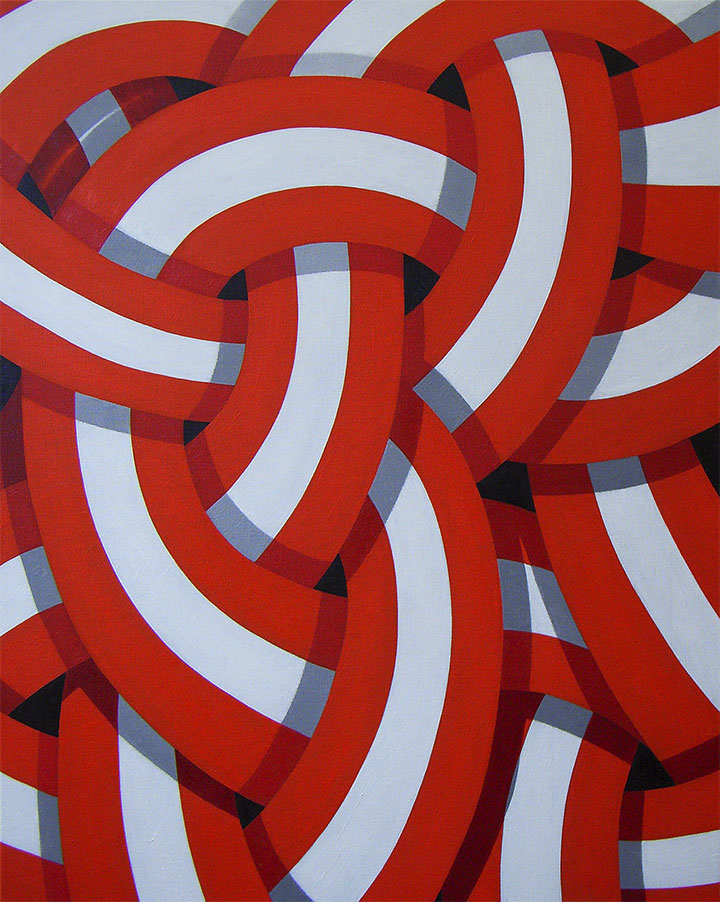 According to the glossary in the back of an old history of art book, arabesques are described as intricate surface decorations of plants, spirals and knots without depictions of human figures or forms.

Arabesques can also be defined as a style of decoration characterized by intertwining plant forms and abstract motifs with many complicated lines that curve and cross each other. It is typical of Islamic ornamentation from the 11th century onward. The word ‘arabesque’ made its introduction in 16th century Europe when people became acquainted with the Islamic arts through conquests, politics and trading. The arabesque motif originated from ancient Greek craftsmen working in Asia Minor, on the eastern side of today’s Turkey, also known as Anatolia, and included birds and beasts in highly naturalistic settings. Arabesques have also been applied to the decoration of walls, manuscripts, furniture, metalwork, stonework, majolica and tapestry. They have remained an essential part of the decorative tradition of Islamic cultures since.

An analogy with the arabesque is found in the Art Nouveau movement, roughly from 1890 to 1910. Art Nouveau is an international philosophy and popular style in the fine, applied and decorative arts. French for ‘New Art’, it was a reaction to the European academic art of the 19th century and inspired by natural forms and structures, not only in flowers and plants, but also in curved lines harmonizing with the natural environment.

According to its philosophy, art ought to be a way of life. For many Europeans, it became possible to live in an Art Nouveau-inspired environment with Art Nouveau furniture, glassware, silverware, crockery, jewelry, cigarette cases and such. Although the movement lasted just a decade or two at its peak, it does signify a transition between the eclectic historical revival styles of the 19th century and 20th century Modernism.

‘Pinotage’, the title to the 2010 illustrated painting, is a clear example of contemporary applied arabesques. ‘Pinotage‘ is the name of an indigenous and blended deep red wine from the Western Cape, best consumed young and fresh.