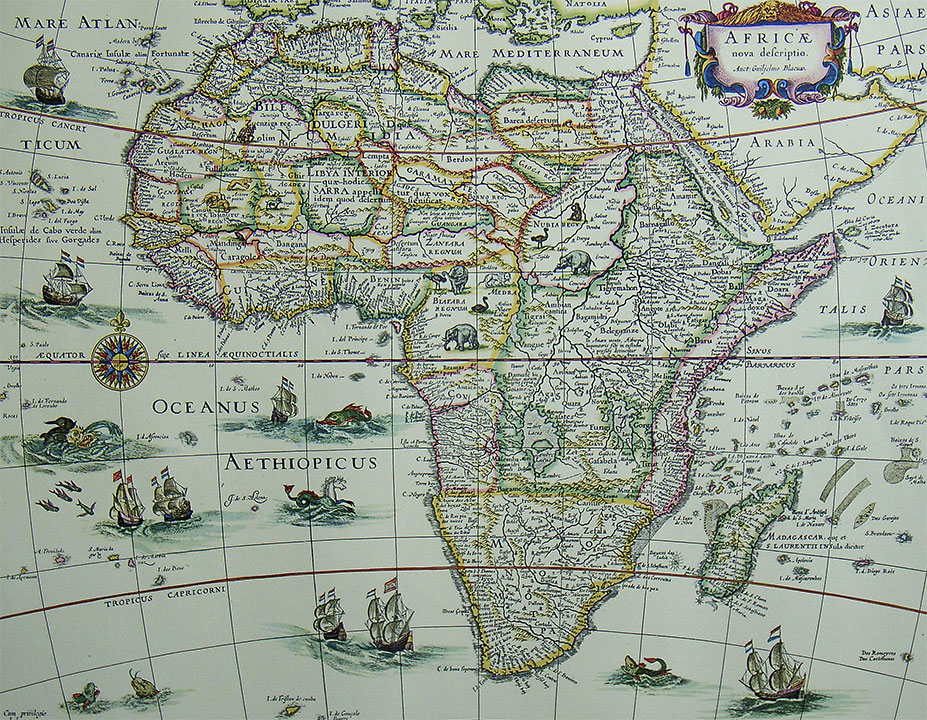 Look at a globe of our planet and what you see is a snapshot of the continents as they have evolved through time.

Africa as such did not have much of a name until the Greeks and Romans described this part of their empires along its southern and most western ports on the other side of Mediterranean Sea all the way to the Atlantic Ocean as ‘aphrike’, meaning ‘without cold’ in Greek. This is where the name somehow got stuck, eventually becoming what it is known as today. Not till around 1584 had Africa’s contours been fully chartered. Before that, no complete or realistic maps of this vast and largely unexplored continent existed.

According to a widely recognized theory by the German scientist Alfred Wegener (1880 - 1930), hundreds of millions of years ago, the world’s continents existed as a single land mass where all forms of life large and minute, vegetation, minerals and gasses were able to mingle. Due to extreme ocean levels during that period, this land mass consisted of only 60% of what now lies above sea level. There were no ice caps then.

Before drifting apart to their present positions approximately 120 million years ago, the northern tip of Africa, more or less where Algiers in Algeria is now, used to be on the Equator and its contours tilted more to the right compared to its present upright position. Africa continues pushing upward and anti-clockwise at an average rate of 10 kilometres (6.4 miles) every million years, squeezing the Mediterranean Sea out of existence and thrusting up an impressive chain of mountain ranges in Europe running all the way from the Pyrenees to the Ardennes, the Alps and the Caucasus.

The oldest remains of a hominid ever excavated were in the Awash Valley in Ethiopia in 1974. It turned out to be that of a female and was given the name ‘Lucy’, estimated to be 3.2 million years old. A typical difference between other primates around during the same period is that hominids had adopted a bipedal locomotion and were therefore able to apply their freed hands to other usages. Although they scavenged for meat and ate almost indiscriminately, hominids in Lucy’s days were still more prey than hunter in a very hostile environment. Since her discovery, the belief that Africa is the cradle of mankind has therefore become virtually unshakeable.

Some of the oldest human artefacts and utensils have recently been unearthed in South Africa’s Blombos Cave along the Cape’s Indian Ocean. Researchers have excavated a complete primitive ‘art studio’ in the limestone hills estimated to be 70.000 to 140.000 years old. The range of findings consists of charcoal, engraved pieces of ochre with abstract designs, probably used for ceremonial or decorative purposes, beads, grindstones, refined bone and stone tools, abalone shells used for storing a mixture of a paste consisting of ochre, hot crushed animal bone, charcoal, stone chips and some liquid, as well as remains of diverse animal and marine life.

African art has inspired people and artists alike and eventually paved the way for a revolution in modern art at the beginning of the twentieth century. A picture out of many that really sums it up for me is Man Ray’s crafty 1926 ‘Noire et Blanche’. It shows the young Alice Prin, his muse and companion, with her head lying on a table, eyes closed. To the right of her pale face she supports a much darker, almost black, African mask from the Ivory Coast.