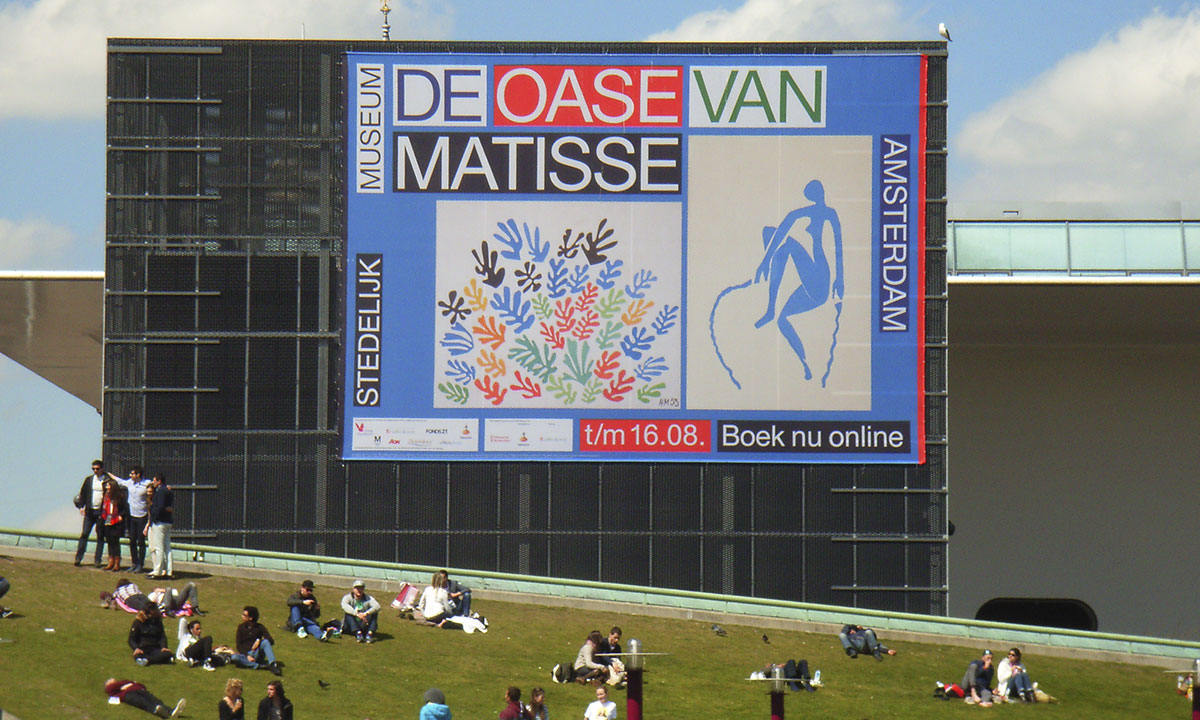 Henri Matisse has been one of my favourite French artists ever since I became familiar with the range and extent of his career.

Together with Pablo Picasso and Marcel Duchamp, he is generally regarded as one of the three most influential figures who redefined art in the opening decades of the twentieth century.

At the third ‘Salon d’Automne’ in October 1905, an annual autumn exhibition for the arts in Paris, a number of young painters headed by Matisse exhibited a roomful of paintings with such knocking colours, rough handling of paint, distorted drawing and devoid of any social comment, that they were dubbed ‘fauves’ (wild beasts) by several art critics, some of whom vehemently objected the rise of this new generation of artists. Matisse’s 1905 portrait of his wife, ‘Woman with a Hat’, was the most targeted painting of the show. At one point he was even strongly advised to withdraw it in his own best interests. To add fuel to the fire, two retrospectives were on display in adjacent chambers at the same time: one of the distinguished Dominique Ingres and the other of Édouard Manet. The contrast could not have been more striking. This exhibition has since been marked as the first major event in modern art.

Matisse (1869 - 1954) was the oldest and most prolific artist of the group. Of the others, André Derain and Maurice de Vlaminck were probably the most gifted. The Fauves purposefully abandoned all naturalistic effects retained by the Impressionists. By freeing colour from its traditional descriptive role in representation, they led the way to its use as an expressive end in itself. The Fauves never became a movement, never developed a consistent theory, and by 1908, their loose association began to dissolve.

By the 1920’s, Matisse was increasingly hailed as an upholder of the classical tradition in French painting. He was able to draw, paint, sculpt, make prints, write, teach and experiment abundantly till 1941, when he was diagnosed with abdominal cancer. After some serious surgery, he was left bedridden and confined to a wheelchair for the remainder of his life, impossible to ever work again in the capacity he used to. So he turned to a new type of medium. With the aid of his assistants, he began making astonishing paper collages in the bedroom of his apartment in Nice in the south of France, which had by now become his studio. He would cut pre-painted sheets of paper into shapes of varying colours and sizes, and arrange them to form lively compositions. Initially, these pieces were modest in size, but eventually transformed into room and mural-size works. Matisse’s final creation was the design for a stained-glass window at the Union Church of Pocantico Hills near the Rockefeller estate north of New York City.

An exhibition of a selection of his work, including some of his most outstanding pieces, is now on at the Stedelijk Museum in Amsterdam, till August 16th. The last and only time I saw almost all of his work together was at the big Matisse retrospective at the Museum of Modern Art in New York in 1993. Reason enough for me to repay them a visit after so many years.

It was crowded. His earlier pieces are on the ground floor and his later work, including the famous cut-outs, on the first. I avoided the queue and made my way straight to the first floor. Visitors are greeted by his massive 1952 - 1953 ‘The Parakeet and the Mermaid’. I was not particularly impressed though with the inclusion of other than Matisse’s paintings in the exhibition: omitting them would have allowed several of his works more than their deserved wall space instead of creating an unnecessary visual jam, especially with regard to his earlier pieces on the ground floor.